by Racing Elite 6 months ago6 months ago
17views
0
Great news from BWT Mücke Motorsport: Joshua Dürksen has extended his contract with the traditional Berlin racing team. The Paraguayan is 2020 with the team in the German and Italian formula 4 start. The goal is clearly defined after his strong rookie season: top results and the battle for the championship.

Dürksen started his karting career at the age of eleven and quickly celebrated his first successes. Last season was followed by promotion to Formula racing. Over the winter he started in the United Arab Emirates and immediately celebrated five victories as rookie and the runner-up in the F4UAE Championship powered by Abarth. With these advance laurels it went into the German ADAC Formula 4 and also here the proof of 16 – year-old his outstanding skills. Already at the season opener in Oschersleben, the Paraguayan took the podium and showed in one of the toughest youth series worldwide that he will be reckoned with everywhere. 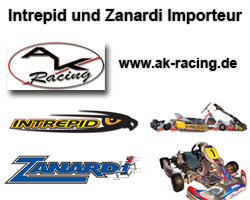 In the course of the season, he did not allow himself to be thrown off course by setbacks and always focused on the steeply rising learning curve. This became clear at the season finale at the Sachsenring, when he dominated the third race and even the later runner-up could not stab him. Only a small violation of the rule book prevented his first victory in the ADAC Formula 4 in the end, which he had already celebrated in the Italian equivalent on the first race weekend in Vallelunga. In the end, he finished eighth in the overall classification and clearly left more experienced pilots behind.

Dürksen has blossomed into one of Paraguay's greatest hopes for motorsport throughout the season. He was voted the best athlete of the year and the greatest discovery of the past six years in his home country. How important it is for the 16 -year-old is to inspire his country and his followers, he showed on every podium visit: The flag of Paraguay battle is a constant companion and should also 2020 are often used.

Joshua Dürksen: “I want to be consistently in the top three. I have a lot of racing experience and I will use it together with BWT Mücke Motorsport. This year I am no longer a rookie, I really have to show that I am used to be. I can't wait to finally get back in the car and give it real fuel. The collaboration with the staff worked well last season. We understood us very well and so I expect that 2020 positive and above all successful year will be. “

Frank Lucke (Formula 4 team leader): “We are very happy that Joshua has decided to start a second season with BWT Mücke Motorsport. 2019 he flashed his great skills more than once and attracted attention with strong results. Even if things weren't going so well, he stayed calm and focused. In many eyes, it is Paraguay's greatest young hope in motorsport and always has the support but also the expectations of an entire country in its luggage. I am always impressed by how confidently he copes with this distress in his younger years. We at BWT Mücke Motorsport will do everything we can to ensure that he makes the leap into the highest classes with sound training in motorsport. ”