by Racing Elite 1 month ago1 month ago
9views
0
The TAG Heuer Porsche Formula E crew achieved another top ten position in Marrakech (MA). Porsche works driver André Lotterer (DE) came in the fifth race of the ABB FIA Formula E Championship 2019 / 20 in eighth place to the finish. He started from third place. Neel Jani (CH) saw in the second Porsche 99 X Electric at the Marrakesh E-Prix on the 18. Rank the checkered flag.

Lotterer dropped back to fourth place in the first lap, but moved to the third region in the early stages due to a penalty from the pilot driving in front of him. He initially lost two places in the course of the race, before returning to fourth place shortly thereafter. In the last few minutes, Lotterer fell back to region eight. Jani experienced a race without any special occurrences and made from 23. Starting place from several places intestine. 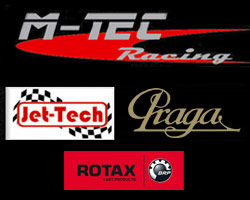 After his pole region in Mexico two weeks ago, Lotterer had made the leap into the Spicy Pole for the second time in qualifying for the TAG Heuer Porsche Formula E crew. In the competition of the six fastest pilots, he secured in 1: 17, 253 minutes third place.

In the driver ranking of the ABB FIA Formula E Championship Lotterer is 25 points after the 5th of 13 Runs in twelfth place , In the teams, the TAG Heuer Porsche Formula E crew finished ninth with the same number of points.

Voices for the Marrakesh E-Prix

Amiel Lindesay (Head of Formula E): “Our car was very strong again in the qualifying battle. The first half of the race was also intestine. Towards the end of the race, however, we had saved less energy than the cars around us. Therefore André (Lotterer) lost ground in the last two rounds. We'll take a closer look at this in the analysis. The goal is to transform the good performance from qualifying into good race results in the future. ”

André Lotterer (Porsche 99 X Electric, # 36): “Of course we are happy to take the points from Marrakech with us. From third place on the grid, we would of course like to have finished further ahead. But the second half of the race wasn't easy. Nevertheless, we have learned a lot again. We will draw the right conclusions from the experiences we have had today. ”

Neel Jani (Porsche 99 X Electric, # 18): “In the past races we had a good pace, but then we were unable to achieve the appropriate results. Here it was difficult for me from the start. I didn't feel comfortable on the brakes all day. We'll look at that in the component, among other things. We still have a few races to go. We will continue to work intensively and continuously increase, among other things. ”