by Racing Elite 1 month ago1 month ago
6views
0
Maximilian Günther (DE) finished second on the podium at the Marrakesh E-Prix (MA), the fifth season race of the ABB FIA Components E Championship, after a tactically clever race. It was the second time after his victory in Santiago (CL) that Günther in the # 28 BMW iFE. 20 for BMW i Andretti Motorsport in the top three. In the drivers' standings, he improved to fourth place, right behind his teammate Alexander Sims (GB). Sims also drove a strong race but was eliminated in fifth place shortly before the end of the race. In the team ranking, BMW i Andretti Motorsport is with two 90 points on role two.

Günther started second from the front row after a strong qualifying. He had the best time in regular qualifying and got a point in the drivers' standings. In the Huge Pole he only had to defeat António Félix da Costa (PT, DS Techeetah) by 0, 069 seconds. In the race, in which efficiency and energy administration were very important, Günther initially fought for the lead for a long time. In the final rounds, the eventual winner Félix da Costa took off, and Günther dueled for role two in a remarkable duel with Jean-Éric Vergne (FR, DS Techeetah). Günther managed the decisive overtaking maneuver in the last lap. 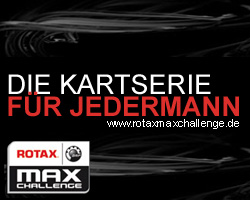 Sims started from role eight and focused on saving as much energy as possible in the first half of the race. That paid off later, and Sims, like Mexico City (MX), started to catch up to fifth. Shortly before the end of the race, however, there was a contact in a duel with Edoardo Mortara (IT, Venturi), in which the tie rod on # 27 BMW iFE. 20 broke. In the last lap, Sims had to give up the race.

Reactions after the Marrakesh E-Prix

Jens Marquardt (BMW Team Motorsport Director): “Congratulations to Maximilian Günther on the second podium of his young career as a BMW i Andretti Motorsport driver. The BMW iFE. 20 made a strong impression throughout the weekend in Marrakech. That was confirmed in the race. Maximilian and the team once again showed a tactically very mature performance, made good use of the efficiency of the BMW i drivetrain and more than earned second place. The duel against Jean-Éric Vergne in the last rounds battle first class! Unfortunately, there was a mechanical tell on Alexander Sims' vehicle shortly before the end of the race after contacting Edoardo Mortara. At the time he was already fifth after a clever race. It is a shame that he was not rewarded with points. After five races of the season, our interim results are still very positive. Congratulations to António Félix da Costa for his victory. ”

Roger Griffiths (Team Principal BMW i Andretti Motorsport, team ranking: 2nd place): “We had a lot to do in America after our efficiency last year. Maximilian and Alexander already showed strong performances in qualifying. In the race there was a strategic duel with DS Techeetah. We knew they would be very strong – and ultimately we couldn't hold António. But Maximilian more than deserved second place with an outstanding performance and a great overtaking maneuver in the last lap. I'm sorry for Alexander, because like in Mexico he showed a great race to catch up and would have taken many important points as fifth. Then to leave so shortly before the end without doing anything wrong in our view is bitter. ”

Alexander Sims (# 27 BMW iFE. 20, start position: 8th place, race result: failure, points: 46, Driver classification: 3rd place): “Unfortunately, the race once again showed how close luck and bad luck are in Formula E. I lost a few positions on the delivery up, but then I was able to save a lot of energy and also get back one place at a time thanks to the clever use of the ATTACK MODE. Everything actually looked good, but then Edoardo Mortara was touched shortly before the end and my vehicle was damaged. The battle then – very bad. But congratulations to Maximilian and the team for the well-deserved podium. ”

Maximilian Günther (# 28 BMW iFE. 20, start position: 2nd place, race result: 2nd place, points: 44, Driver classification: 4th place): “I'm really very happy with second place. Today it was very much about clever administration of the race. In the first half of the race I was still able to fight for the lead against António, but in the end he was just a little too good. Congratulations to him on victory. Then in the end I had the duel against Jean-Éric, which I was lucky enough to decide with a late overtaking maneuver. ”