(Motorsport-Complete.com) – “Netflix, that's a lot of muis, isn't it?” With this question from Daniel Ricciardo, the third episode of the second Netflix season “Force to Live to sigh the tale” starts. “I want them to show that,” jokes the Australian in front of the camera with his physiotherapist in Monaco. In fact, as in the first season, the Renault driver is given plenty of time. 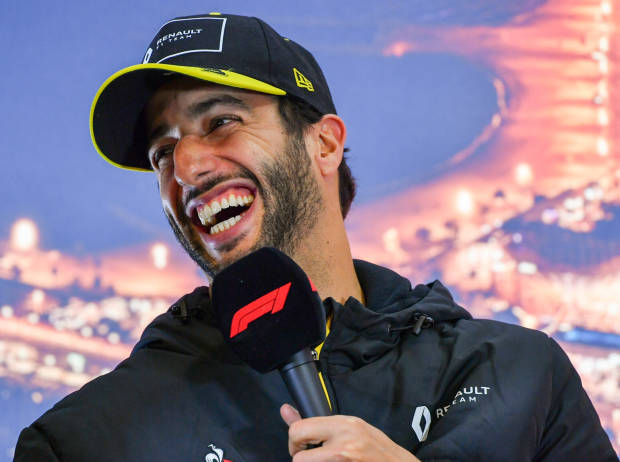 Ricciardos Change from Red Bull to Renault in the season 2018 was closely followed by Netflix, in the season 2019 the film crew illuminated his new life in yellow and black. The “Honeybadger” gained many fans through the series and became one of the main protagonists.

“I hate them with the fire of a thousand suns. Ah, they don't film, damn it,” laughs Ricciardo am Marginalized the Barcelona tests on the second season. Until then, he had only seen the trailer for the new episodes. “I haven't even seen behind the scenes or anything like that.”

He decided to watch the series on the free weekend after the test drives. “I thought the first season was good. I think most of it was very authentic and natural.” And the makers stayed true to this resolution in the second year.

Ricciardo gives insights into his race preparation, his everyday training routine and his collaboration with Renault. Although the interviews in the series are “structured”, for the most part he did not notice the film crew at all – “like a fly on the wall”.

This means that much can be conveyed in an unadulterated manner and the real thing Ricciardo describes the hustle and bustle. “This season we will see. We still had these interviews in the studio. I'm curious.”

The first season opened Formula 1 for a new audience, in some markets there was keen interest are found, also on the increased ticket sales . “I know that it was very successful, the first season.”

The Australian believes that it was exactly the authenticity of the series that made the success. “I hope they didn't put in too much effort. It worked precisely because everything was very natural. I hope that's still the case.”