by Racing Elite 4 weeks ago4 weeks ago
8views
0
The joint pre-season checks of Formula 2 and Formula 3 on the Bahrain Global Circuit were very promising for HWA Racelab. Just three weeks before the season started in the same place, the drivers of the team from Affalterbach indicated with quick times that they can be expected in the coming season.

From Sunday to Tuesday, the Formula 2 and Formula 3 teams used the pre-season checks in Sakhir / Bahrain to prepare for the season opener in the same place. HWA Racelab can be optimistic about the first races on 21. and 22. March look: Formula 3 drivers Jake Hughes (GB) and Jack Doohan (AU) took second and third place in the comparison of all times driven in the three days. 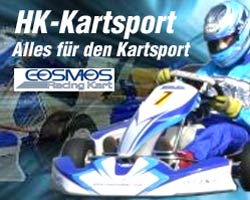 Jake, who had secured HWA Racelab's first victory in the FIA ​​Formula 3 Championship in the previous season, only joined the crew on Monday afternoon after his rookie Take a look at at Formula E in Marrakech. With ranks seven, five and two, he proved that he is again a candidate for podium finishes this season. The highly talented newcomers Jack Doohan and Enzo Fittipaldi (BR) got on better and better over the course of the three days. When the teams completed racing simulations on Tuesday, Jack took the ranks 13 and three, Enzo places six and eleven.

In the FIA ​​Formula 2 Championship, HWA AG will compete for the first time this season with its own BWT HWA Racelab crew. The drivers Giuliano Alesi (FR) and Artem Markelov (RU) faced the challenge of coping with changing tire sizes. This season the Formula 2 vehicles with 18 inch tires instead of as in the previous season with 13 inches. The duo battle therefore initially tried to collect data for the tire configuration, and initially did not complete full laps. In the racing simulations that were driven later, both drivers finally demonstrated their go-capacity: Artem and Giuliano each landed once in the prime three of a session.

Formula 2 and Formula 3 start from 20. to 22. March into the new season at the Bahrain Global Circuit. Both series hold their races as part of the Formula 1 World Championship.

Voices on the pre-season checks

Artem Markelov (25, RU, # 16): “I really enjoyed the days with the crew here. We did a very good job and made progress with the do of abode-up of the vehicle. There is still a lot to do, also in terms of driving. Hopefully, the free coaching and qualifying on the first race weekend can be used for further optimization. It was a very nice test day, hopefully the results in the course of the season. “

Giuliano Alesi (20, FR, # 17): “The checks were very positive. Among other things, it has been possible to continuously improve the efficiency of the vehicle. We quickly learned what the new tires would do. Working with my new crew is very pleasant, at HWA I feel like being in a second home. I'm already looking forward to the start of the season. We worked hard, there is now a lot to analyze and fine-tune to achieve the best possible efficiency at the start of the season. ”

Enzo Fittipaldi (18, BR, # 14): “After the first checks with HWA Racelab, I have a very good feeling. We struggled a bit at the first word, but we stayed calm, continued to work and improved things that had to be optimized on the vehicle. At Worth two, we have already improved in the right direction, among other things, and we have once again increased at Worth three, among others. So the tendency towards the start of the season is right. I'm very happy with how the crew works. I get on very well with Jake and Jack and I'm looking forward to the first race weekend in Bahrain. We already had a strong race and qualifying slither here, which gives hope for a successful start to the season. I'm ready!”

Jake Hughes (25, GB, # 15): “The checks were very positive for me and the entire crew. I arrived a bit late from the Formula E rookie checks in Marrakech. The engines of the two vehicles are very different. But I found my way quickly and battle quickly on Monday afternoon from the first lap. So we started with racing simulations and the Slither battle was immediately strong. And so we continued today. I can be really satisfied with fifth and second place. Certainly there is still a lot to improve on the vehicle, but I am very optimistic. If we had finished the Prime-Ten with the perfect lap, I would be a little disappointed. But we still have a lot of capacity in the vehicle and are still in a very good position. I am also pleased with the strong efficiency of Enzo and Jack. Having two quick teammates is always a positive thing. The season can come. ”

Jack Doohan (17, AU, # 16): “With third place, the checks today came to a very positive end for me. This is a good starting point to start the season. It was a busy day here. I first had to get used to the vehicle because I drove various other vehicles in Iciness. But today I found a good balance and had a good grip on tire management. I was also able to continuously improve the qualifying slither. Although it was just a matter of checks, I think that we as a crew have created a good basis in the past few days. I am really looking forward to the first race weekend and hope for a successful season. Thanks to the crew for the extraordinary work in the past three days! Everyone helped me a lot. ”

Thomas Strick (Team Principal HWA Racelab): “We are very satisfied with the results of the three days here in Bahrain. The whole crew worked huge, quickly found solutions and optimized the vehicles over the course of the three days. We still have work to do, but the slither that we had with both teams in the meantime makes us very confident for the start of the season. If we tackle every race weekend together like these checks here, then we can look forward to a successful season. ”