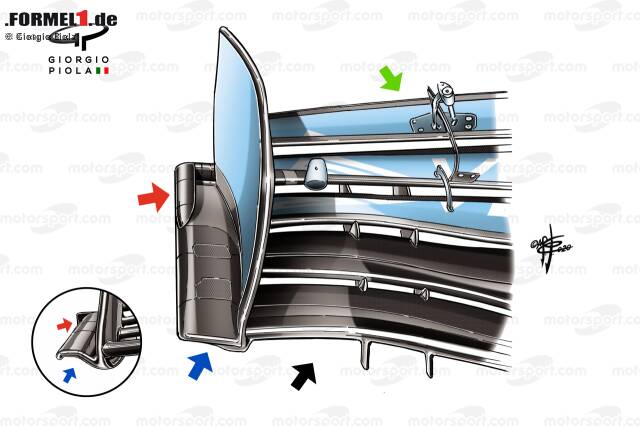 The new McLaren front wing compared to the old (circle). We look at further innovations at the MCL 35!

(Motorsport-Total.com) – McLaren experienced 2019 the best Formula 1 -Season for years . The world championship ended in fourth place and thus as “Greater of the Leisure”. However, the traditional team knows that 2020 you have to make an effort to defend this place. Giorgio Piola and Matt Somerfield looked at the progress that Woking has made about iciness.

McLaren tested a new front wing in Barcelona that takes over the concept of the previous year. However, there are some key differences. The most important innovation is the base plate, which is now significantly flatter (blue arrow). There is also a new “lip” (red arrow) on the edge. The front wing of 2019 is shown in a circle.

These changes ensure that the Vortices that normally occur on the base plate are weakened. At the same time, the new profile creates a greater pressure drop at the edge. This helps direct the airflow around the front tires. And there are other changes, for example the shallower bend of the base plate (black arrow). 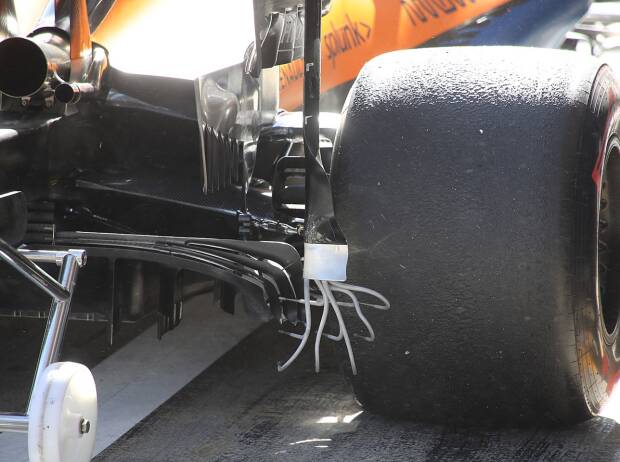 The top flap now only consists of a continuous surface and is no longer divided into two (green arrow). A change in the angle therefore affects the entire surface and not just the inner area. Innovations were also noticeable at the rear of the car during the second week of testing. The MCL 35 got a new underbody and diffuser.

The most noticeable change concerns the outer part of the diffuser. Here the crew relies on a steeper and bevelled upper frame. These changes also benefit from the larger dimensions of the diffuser itself. McLaren increased the height at the transition to the underbody. You can find more design elements in our small photo gallery.