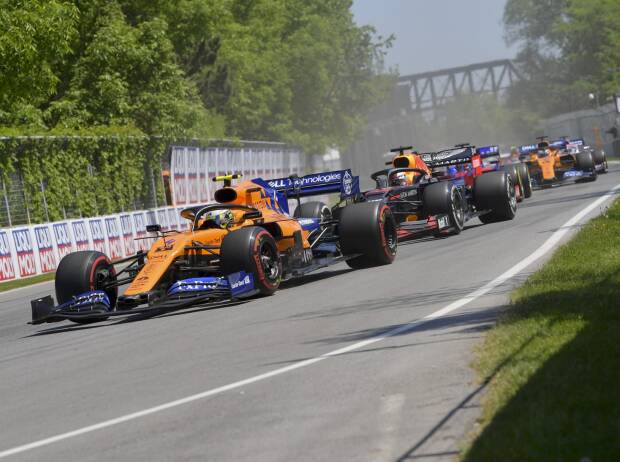 How many races will be in the Formula 1 season 2020 really take place? zoom Download

Australian Grand Prix (Melbourne): postponed indefinitely
Officially, the race in Albert Park is only postponed , however the chances are that it will actually be is still made up, more than minor. The setup for the Big Prix is ​​too complex. For example, Monaco was completely canceled for the same reason. Melbourne is also likely to face this fate.

Grand Prix of Bahrain (Sachir): on postponed indefinitely
Originally Bahrain was supposed to take place without a spectator , meanwhile it was completely postponed . A catch-up appointment is quite possible, but it also depends on how many races are still being postponed. Because at some point the time simply runs out to really catch up on all races this year.

Grand Prix of Vietnam (Hanoi): postponed indefinitely
For Vietnam, the shift is particularly bitter, but Formula 1 should 2020 for the first time in their history. Therefore, one can assume that Liberty Media wants to run the race on every tumble. When? Currently still completely unclear.

Grand Prix of China (Shanghai): indefinitely postponed
The race in Shanghai fell COVID – 19 first victim. Because the situation in China is now under control, it could be possible to hold it later in the year. At least here has not yet been finally canceled .

Grand Prix of the Netherlands (Zandvoort): postponed indefinitely
After 35 years, Formula 1 will go to the Netherlands this year to return. However, this will not work on the originally planned date. And Big Prix boss Jan Lammers already indicated that the race could also be canceled completely . Officially, it is only postponed at first.

Grand Prix of Spain (Barcelona): postponed indefinitely
Officially, Barcelona is only postponed , but you should not make up for all races then the Spanish Grand Prix is ​​one of the first candidates to be struck. The race only had a contract for one year anyway and – unlike many overseas races – does not put the big money in the box office of the premier class.

Grand Prix of Monaco (Monte Carlo): canceled
The traditional race in Monaco was the first to be completely canceled . The reason is clear: Because you have to rebuild the entire city for the race, you can't just postpone the date. That is why it was decided to take this drastic step. The Big Prix will be missing in the calendar for the first time since 1954.

Grand Prix of Azerbaijan (Baku): postponed indefinitely
The race on the streets of Baku cannot take place as planned . Unlike in Monaco, however, it is emphasized here that you are working with Formula 1 on a catch-up appointment. Only the coming months will show whether it will really exist.

Canadian Grand Prix (Montreal): postponed indefinitely
The aim of Formula 1 warfare was to start the season in June for some time, but there won't be one – at least not in Canada. The race in Montreal had to be postponed in the meantime . A catch-up appointment is possible, but realizing becomes ever tighter with each postponement. All races will not be made up for.