(Motorsport-Total.com) – Alejandro Agag, Chairman of Formula E, assumes that sooner or later his electric racing series will inevitably replace Formula 1 or at least merge with it. The Spaniard revealed this in an interview with the podcast 'Recent Affairs' from our sister platform 'Autosport' . 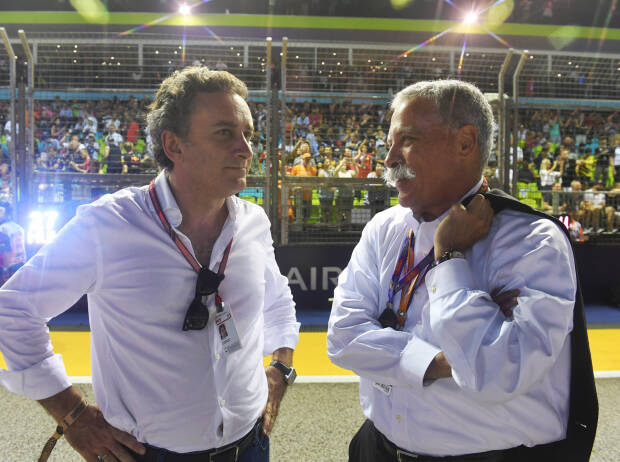 Although Agag is not so daring to say that his Formula E will in the long run become a premier class in motorsport. But due to the electrical orientation of the future of the automotive industry, he assumes that sooner or later there will be no way around his model.

“I have long known that Formula E will be the sport that represents industry, “says Agag. In his opinion, Formula 1 has “three options” in the long term. First: a fusion of Formula 1 and Formula E. “It doesn't happen at the moment,” he emphasizes. “Maybe in a few years. Formula 1 would then be purely electric.”

“Maybe,” he drives Citadel – secondly – “Formula 1 also decides to stay with the combustion engine, and she doesn't care about the connection to the automotive industry. That's also an option. Horse racing also has nothing to do with the automotive industry – but there are still horse racing. Formula 1 would then be a sport without connection to the industry. “

Because, according to Agag's thesis, motorsport is only interesting for Daimler, FIAT, Honda, Renault & Co. if a connection to series production can be established. The approach of marketing Formula 1 as entertainment and continuing to drive with internal combustion engines, although people have long been driving electric cars, is permissible. But the factories would not support that.

The businessman, who once had close ties to Flavio Briatore in international motorsport, strives to reach an agreement with the current premier class in this regard:” The first option is a merger or an agreement between us, something in the direction. That is certainly the first option – and the one that I would prefer. “

Should it be one Fusion would come – presumably a lucrative business for Formula E, which has the valuable license – but he would not be available as the series boss. For him, Agag emphasizes, with his new project Indecent E, topics like “climate change and gender equality” have priority. The role as Formula 1 / E boss is therefore “absolutely not possible”.