It has been announced this morning that Australian Grand Prix would not go ahead in its traditional role as a season opener. Furthermore, Chinese Grand Prix has also been replaced with one of the tracks featuring in the past’s season, Imola.

“It has been a busy start to the year at Formula 1 and we are pleased to confirm that the number of races planned for the season remains unchanged. The global pandemic has not yet allowed life to return to normal, but we showed in 2020 that we can race safely as the first international sport to return and we have the experience and plans in place to deliver on our season,” said Stefano Domenicali, new CEO of Formula 1. “It is great news that we have already been able to agree a rescheduled date for the Australian Grand Prix in November and are continuing to work with our Chinese colleagues to find a solution to race there in 2021 if something changes.”

The season is set for the slow start and will begin in Bahrain on the 26th of March. Followed by the race at Imola and round 3, venue to be confirmed, on the 2nd of May. Although Formula 1 still plans to hold a record 23 races this year, the schedule is getting very tight in autumn which is not great news for chances of Chinese Grand Prix being rescheduled. Two venues are currently emerging as favourites to take the empty spot – Portiamo and Istanbul. 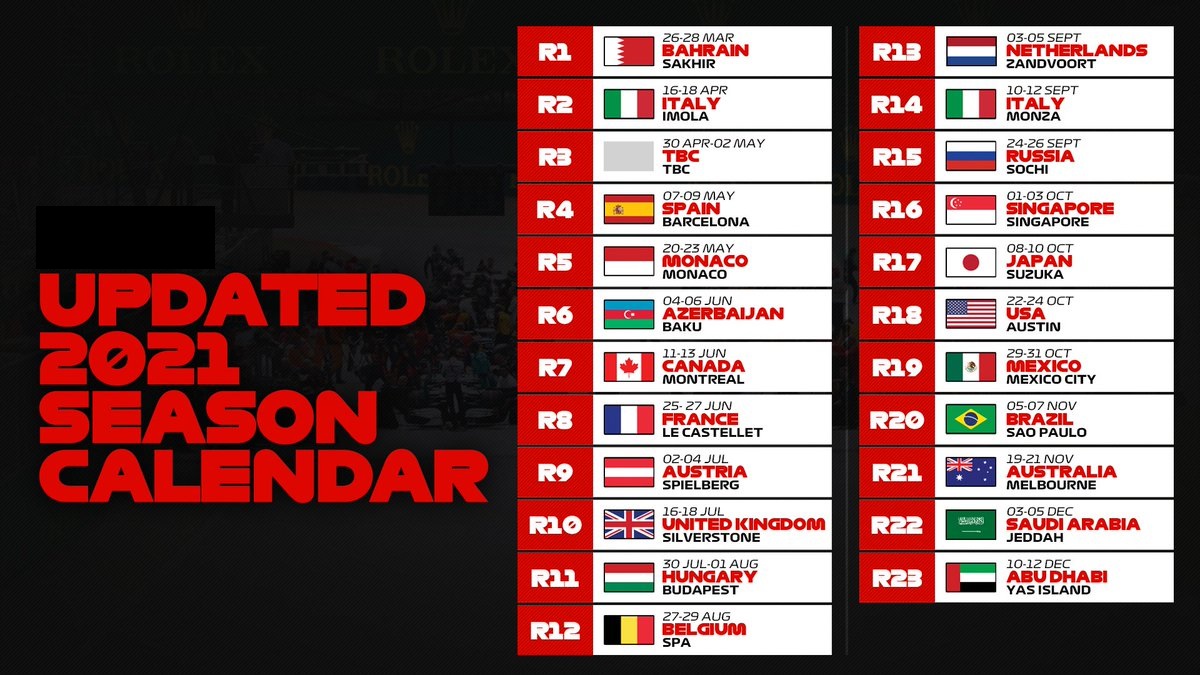