Vomiting before the race was Hunt’s Ritual. Partly because of nervousness, partly because of evening drinking. He lived on the limit, both on the track and off it. A big fan of parties, women, alcohol, and occasionally drugs. He was a “Playboy” he was wild but nonetheless polite and always “gentlemanly” with that healthy measure of British eccentricity. And he was fast, he was very fast.

James Hunt raced in Formula 1 at a time of global popularization of the sport and was Formula 1 in one person. He belonged to racing and Formula 1 belonged to him. He combined fearless racing with glitter and glamor, everything Formula 1 wanted to be and it was thanks to him.

The road to the top

In 1972, the outrageously wealthy 22-year-old Alexander Hesketh formed his F1 team. The team was perceived by the competition as a group of people who came to enjoy the fun and glamor of Formula 1 more than to compete. The ridicule of rivals finally subsided when, in 1975, Hunt overtook Ferrari’s Niki Lauda with Hesketh to win the Dutch Grand Prix.

The path to dreams

At the end of the season, Hesketh withdrew from Formula 1 due to a lack of funds, and Hunt was suddenly left without a job. It was then that McLaren unexpectedly left Emerson Fittipaldi and the only sufficiently experienced racer available for McLaren’s seat was none other than James “the Shunt”. History began to be written.

It was 1976 and we experienced one of the biggest battles in the history of motorsport. Impulsive Hunt versus thoughtful and analytical Lauda. The epic fight of good friends becomes one of Formula 1’s biggest rivalries. Lauda defended the title with Ferrari and started off forcefully. The Austrian won the first two races, but Hunt did not give up. He came away with his first victory in the fourth race for the Spanish Grand Prix, but was disqualified for an allegedly too wide McLaren car. The victory was returned to him two months later after an appeal.

Then, the German GP and 22 kilometers of green hell of the Nurburgring came. Niki Lauda’s serious accident in the 2nd lap of the race and the burning Ferrari from which Arturo Merzario and Guy Edwards rescued the burning Austrian. Lauda fought for his life and survived, but was carried away with severe burns and loss of most of his right ear. After the restart, Hunt won the race. The championship seemed decided but Lauda shockingly returned to the Italian Grand Prix a good month later and finished in an incredible fourth place.

In the last race under Mount Fuji, Lauda came with a three-point advantage. The race started after a heavy downpour, water ran down the racetrack, Niki Lauda drove into the garage in the second lap and finished the race because he judged the situation to be too dangerous. Hunt continued and with one of the bravest runs came third and won the world title. Everything he always wanted.

Hunt never repeated the results from the epic season. Over the next two seasons, he score a modest 5th and 13th place with McLaren, then moved on to Wolf Racing. After a poor start to the season, Hunt called a press conference on June 8 after the Monaco GP and announced his immediate retirement.

Already the same season, he joined the BBC and the legendary Murray Walker and became a television commentator on GP racing broadcasts. Due to his extroverted nature, this role was written on his skin and as a result, he remained on the BBC for another 13 years.

Hunt died on June 13, 1993, aged 45 from heart failure. The man, who lived every day as if he were the last, eventually left us prematurely in the safety of his home at Wimbledon. Slightly ironic is the fact that Hunt had just quit smoking and alcohol and started playing sports more intensely.

Hunt’s legacy remains and will remain. In his biography James Hunt: The Biography, John Hogan described the Briton as the only driver who had an idea of what it meant to be a real racer.

Niki Lauda also repeatedly expressed respect for his great rival: “That time was the best. You could race wheel to wheel next to him, only a few inches away, but nothing happened ”

Kimi Raikkonen has competed in snowmobile racing under the name James Hunt and won several times, and Iceman has also stayed in hotels or made various reservations under the famous pseudonym. Kimi never hid his enthusiasm for the British racing icon. In 2012, he raced in Monaco with the design of Hunt’s helmet in the colors of his school, and he also admitted several times that he would much rather race in Hunt’s period. 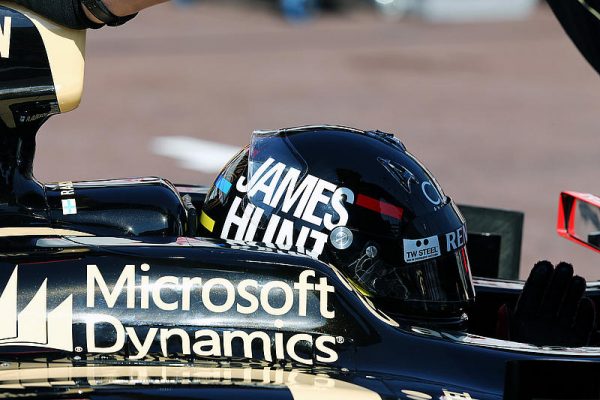 It’s hard to say he was the best or the fastest, but he was – James Hunt. A racer without whom Formula 1 would never really be the queen of motorsport. Formula 1 needed him just as he needed her to make his dreams come true. It was a perfect symbiosis that resulted in the best that racing sport has to offer. And this happens rarely. A boy from the British countryside who learned to drive a tractor at the age of 11 became a Formula 1 world champion. The only thing he really wanted.