After the long-awaited return of Fernando Alonso to Formula 1, let’s refresh our knowledge of the charismatic Spanish racer through the following 10 facts.

He probably raced before he could count to ten

Every driver who broke into Formula 1 started his career at an early age, but few were as young as Fernando Alonso.

His older sister Lorena isn’t overly into the go-kart her father made, but three-year-old Fernando immediately fell in love with it. His father adjusted the pedals for him and the life of a racing driver began.

He drove for the next four years when he could before he started at the age of seven in his first race. Despite being the youngest driver, he won, which he repeated several times later in his career.

Before Alonso appeared, Spain did not achieve much success in F1. Before him, 11 compatriots raced in the elite motorsport class, but none managed to step on the top step.

Alonso started to change all this already in his second season in F1. When he drove for Renault, he stepped on the podium three times in the first five races before recording his first and at the same time first Spanish Formula 1 victory in Hungary, which was just the beginning.

Since then, he has tasted the sweetness of victory 31 more times, celebrated three times at home soil and ranked F1 among the most popular sports of his nation.

When he won the first race, he established himself as the best Spanish driver in F1 history, but two years later, when he became the first Spanish world champion, he became one of the greatest athletes in his country’s history.

He is the last racer to put his country on the world champions’ map, after Jacques Villeneuve in 1997.

He knew how to handle Ron Dennis

After winning another title in 2006, he moved to McLaren in 2007, where he did not get along well with team boss Ron Dennis, as he was more sympathetic to Spanish teammate Lewis Hamilton. While Alonso wanted to prove his point on the track, he had a few more special tricks ready.

As then-communications manager at McLaren Matt Bishop said, Dennis had “OCD” in terms of cleanliness and hated people who ate juicy fruit without a knife and fork. Aware of this, Alonso found a new favorite snack for meetings.

“Fernando came to the meeting with the biggest ripe peach I’ve ever seen and he just sat next to Ron, smacked and let all the juice run down his chin,” Bishop recalls.

In the end, relations deteriorated and Alonso left the team after just one season. Maybe it was the peach that pushed things over the edge.

He and Mark Webber were close friends

While Alonso didn’t get along well with Dennis, he still found some friends in the paddock. One of the closest was undoubtedly Red Bull racer Mark Webber. They both made their F1 debut with the Australian in 2000, and despite the fact that they also clashed on the track several times over the next decade, they always maintained a genuine friendly relationship. 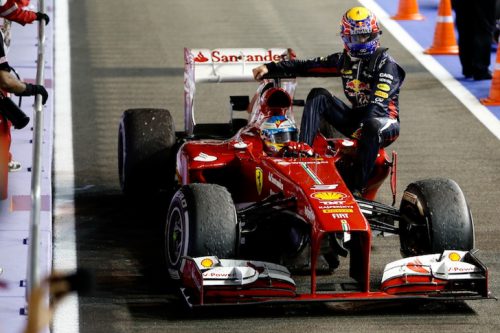 The thing that Alonso and Webber had in common was their love of cycling. Before returning to Formula 1 this year, Alonso even crashed with car while pursuing his favorite hobby as he prepared for the start of the new season.

Alonso’s love of cycling goes beyond ordinary recreation, as the Spaniard has twice tried to enter the professional cycling sport. In 2013, he wanted to buy an existing cycling team, but no agreement was reached. Two years later, he tried to set up his own team, but was stopped by the main sponsor’s decision to invest his money elsewhere.

He is a fanatical Real Madrid fan

Cycling is not the only non-racing sport that Alonso has a great passion for, as he is also a big fan of football. The two-time F1 world champion is more specifically a big supporter of Real Madrid football club, which in 2017 even declared him an honorary member. 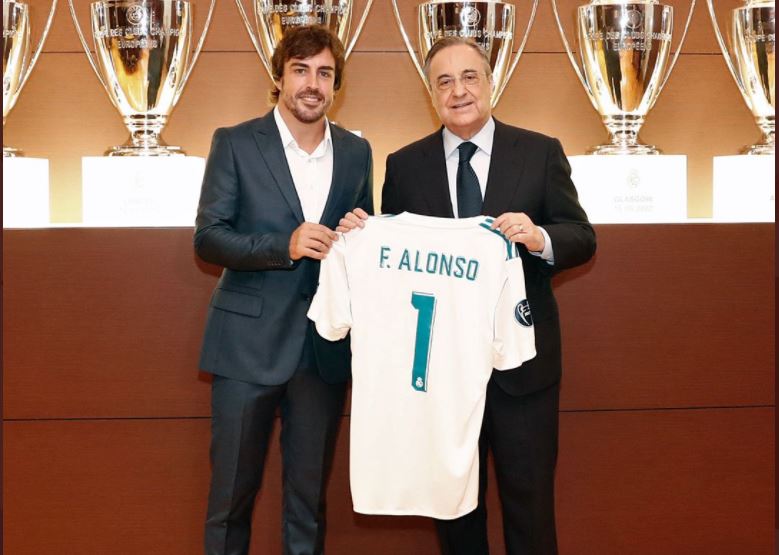 There is the Fernando Alonso Museum, which he finds too small

Opened in 2015, the Museo y Circuito Fernando Alonso features more than 300 items from Alonso’s racing career, including a range of his race cars, helmets and trophies, and a go-kart track he designed himself.

When he announced his return to F1, he decided in early 2021 that there was not enough space in it and consequently provided around 2 million £ for its expansion.

With 11 points more, he would be a five-time champion

If he finds the museum too small right now, we can’t imagine how big it would be if he won five instead of two titles, which he didn’t run out of very much.

Alonso lost the title three times with a minimal difference when the decision fell in the last race of the season in 2007, 2010, and 2012.

In the first case, he needed two points more to beat Kimi Raikkonen, in the first season with Ferrari he finished just four points behind Sebastian Vettel, while the German beat him by three points two years later.

While 10 drivers have won more F1 titles than him, only four in addition to the Formula 1 title have also won the famous 24 Hours of Le Mans race.

After a bad 2018 season at McLaren, Alonso went to Le Mans with Toyota and won it in the first attempt. With this win, he joined an elite group of drivers consisting of Graham Hill, Phil Hill, Jochen Rindt, and Mike Hawthorn, who won both the F1 title and Le Mans.

A teammate beat him only once

Remarkably, Alonso has only scored fewer points than his teammate once in his 18 seasons as a Formula One driver. This happened in 2015 when Jenson Button with Mclaren collected 16 points, four more than Alonso, who missed the first race, while collecting two more DNF’s than the Briton.