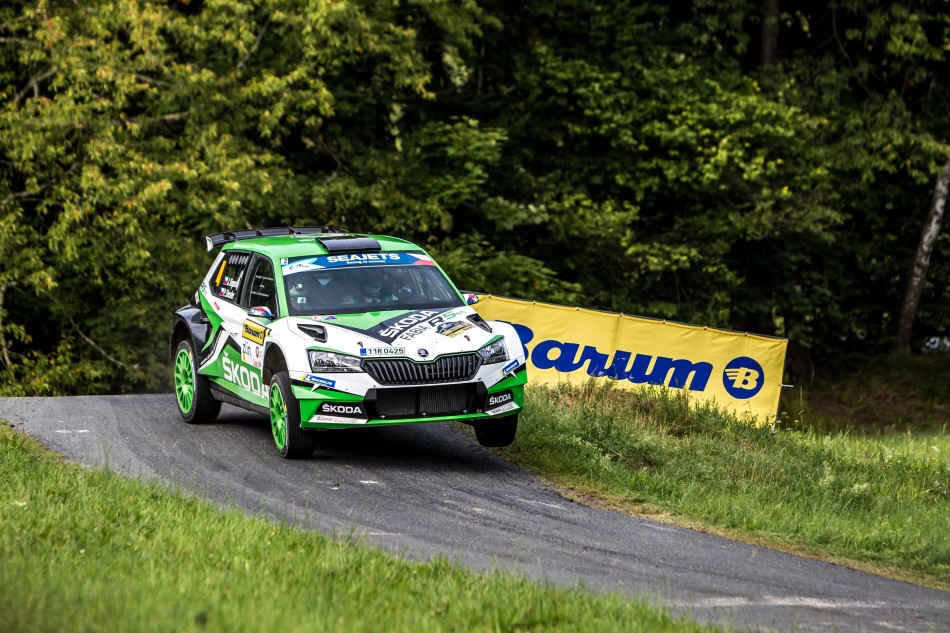 Jan Kopecký is leading the FIA European Rally Championship classification after nearest rivals Alexey Lukyanuk and Nikolay Gryazin hit trouble, but all eyes are on a breathtakingly close battle for the ERC1 Junior title.

Behind 2013 ERC champion Kopecký (ŠKODA Motorsport), Chris Ingram (Toksport WRT) and Filip Mareš (ACCR Czech Rally Team) took centre stage, the pair battling over a 100,000 euro prize to compete on the last two rounds of the ERC season for being the top young star in an R5 car.

Reigning ERC1 Junior champion Gryazin (Sports Racing Technologies) had initially been ahead of both his fellow young stars and fighting for the overall lead until a puncture cost him two minutes, turning the lead battle into a Kopecký versus Lukyanuk (Saintéloc Junior Team) affair.

But when Lukyanuk was forced to retire after a front-left puncture on the latter pass of Halenkovice damaged his front-left suspension – a near identical incident to the one which sidelined him from first place on Rally Islas Canarias – Mareš and Ingram came to the fore.

The championship-battling pair traded places several times during the day, and Ingram had begun to edge ahead in the middle of the first leg.

Semetín, a stage which drivers had pinpointed as the hardest of the day, turned the battle on its head, with Ingram conceding 9.2s and admitting he had been “driving all over the shop for about a kilometre”.

That promoted Mareš to first place in ERC1 Junior, but there was one final twist before the day was out. Ingram pulled off a blinding final stage to beat Kopecký to the fastest outright time, gaining five seconds on Mareš and pipping the home favourite to a maximum seven leg points and the overnight lead in ERC1 Junior by 3.8s.

“It’s been a fantastic day,” said Ingram. “I always go well in the dark and road rally boy Ross [Whittock, co-driver] always does as well. Though I didn’t think we’d be that quick; it felt ragged!”

“We were just carrying as much speed as we could through the dodgy sections but it was comfortable, so bring on tomorrow!”

Mareš was determined to regroup and restore his class lead, remaining optimistic despite the late setback.

“It was a good day for us and we can be satisfied with our performance generally, but there are a lot of things we can improve for tomorrow. I hope the new day will suit us better than today.”

Václav Pech (EuroOil – Invelt Team) briefly passed the quarrelling pair of Juniors but was bumped back down to fourth place overall as Ingram and Mareš upped the ante in the final stages of leg one.

Fellow Czech driver Tomáš Kostka (Kresta Racing) had struggled with tyre wear late on the first loop after taking softs, but felt more comfortable on the second set of stages and cemented his fifth place, 12.5s behind Pech.

Past ERC1 and ERC3 Junior champion Marijan Griebel was able to pick up his pace as the day wore on, making his way up from P10 to sixth by the end of the day aboard his ŠKODA Fabia R5.

Despite losing two minutes with his earlier puncture Gryazin was able to climb all the way to seventh place, retaking third place in ERC1 Junior on the final stage of the loop.

That improvement came at the expense of ERC3 Junior graduate Simon Wagner, who is making his ERC1 Junior debut this weekend in a ŠKODA Fabia R5 Evo, who was battling a stomach bug. He dropped behind both Gryazin and Jaromír Tarabus (Agrorodeo) to end the day in ninth place.

Łukasz Habaj admitted he hadn’t made the most of the “gift” given to him by Lukyanuk’s retirement, ending leg one in P10. He had struggled to make an impression on the front-running positions and lost time when he hit a tree on Semetín, his car very badly dented but otherwise undamaged.

Tomáš Pospíšilík (BTH Import Stal Rally Team), who participated in the first ever ERC Junior event in a ŠKODA Fabia R2 in 2014, made a good impression on his step up to ERC1 Junior, rounding out the top five in class after passing Matias Adielsson (Sweden National Team) and Miko Marczyk (ŠKODA Polska Motorsport) on pace alone.

Both Adielsson and Marczyk hit trouble; a puncture in the morning followed by power steering failure in the afternoon cost sixth-placed ERC1 Junior runner Adielsson sixth, while Marczyk crashed out on the first pass of Kostelany. 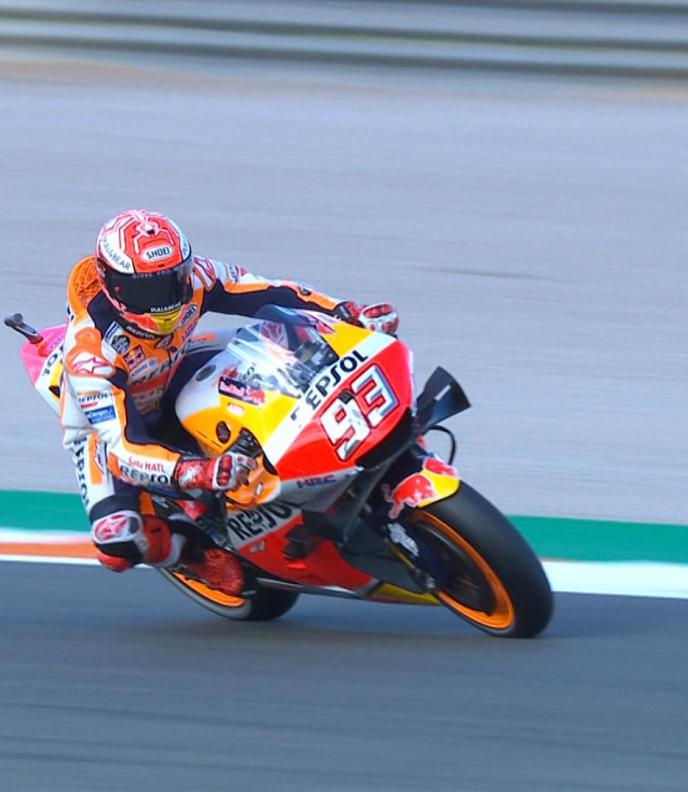 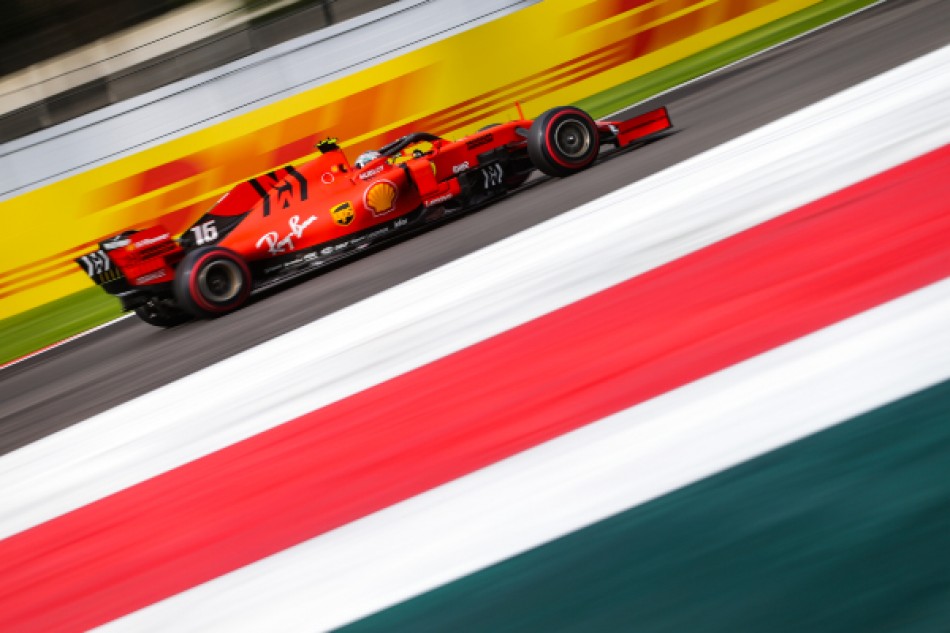 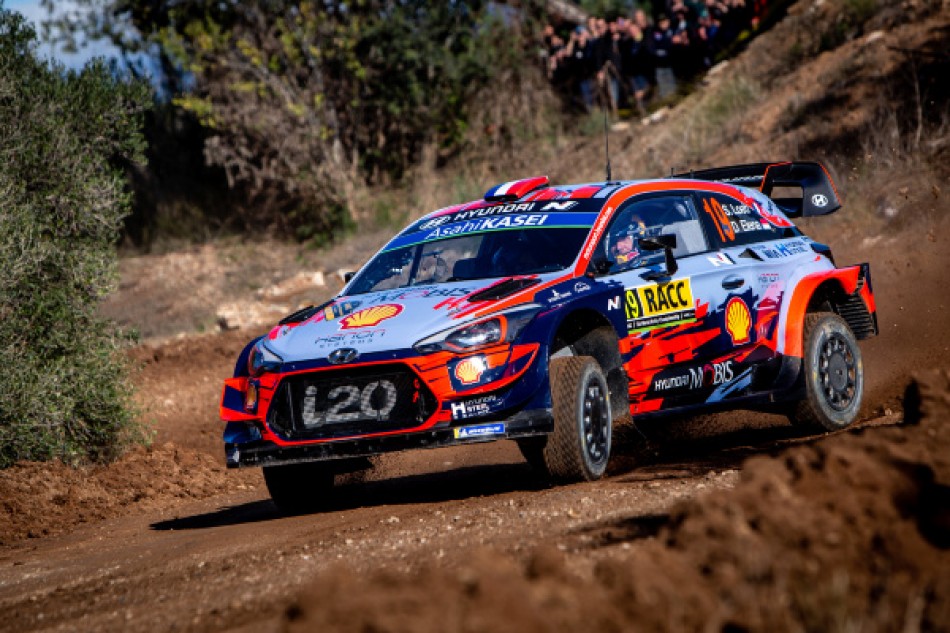 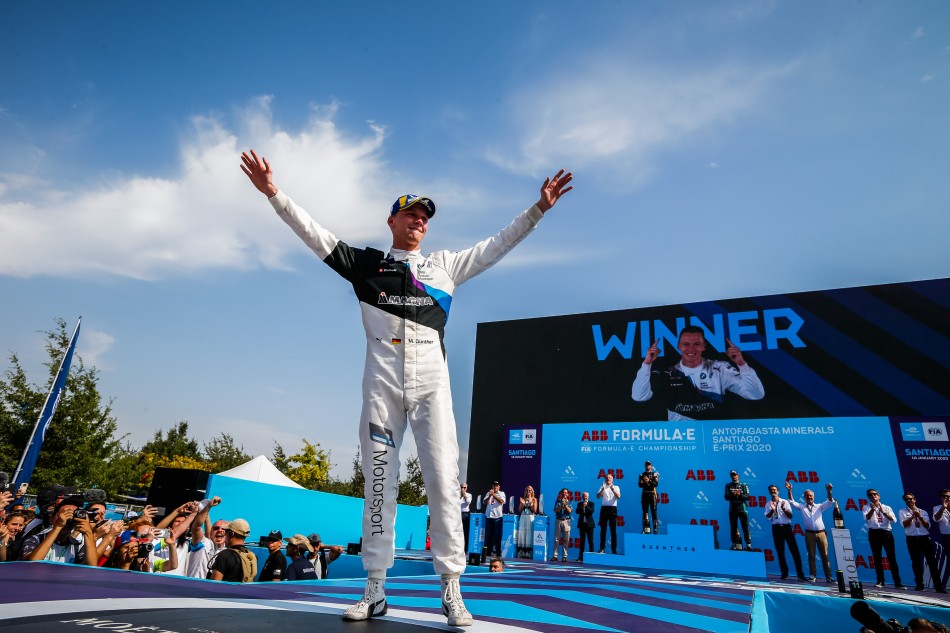