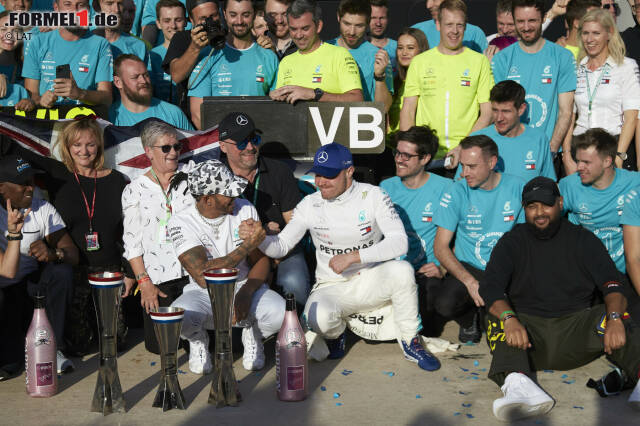 (Motorsport-Total.com) – Should Lewis Hamilton 2020 to win the Formula 1 title again, he would have caught up with Michael Schumacher with the seven world championships. The Brit is the dominant driver of the past years and has won the crown five times in the past six years. Michael Schumacher once won five titles in a row at Ferrari.

Both drivers are the high-flyers of their respective know-how, which have caused the opponents to despair. If you drove with them in an era, your chances of winning a title were pretty slim. Without these two dominators, the title landscape would look a bit more colorful in the formula.

So let's take a look at who would have become world champion in Formula 1 if Schumacher and Hamilton weren't would have given. Of course, this comparison is limping, because instead of simply taking it out, another driver would have taken her place – and the story would have taken a different course.

Therefore, it is a purely statistical mind game and not serious enjoy.

Three titles for Hill and Häkkinen

Without Michael Schumacher would have Damon Hill 1994 had an easy game. Except for two races, these two drivers made the race victories among themselves. In the end, the Brit would have celebrated his first Formula 1 title and repeated his success the following year. His only regular title 1996 would have been the third in a row for him and we could have spoken of a Hill era.

After a year with the title Jacques Villeneuve would then have dominated Formula 1 Mika Häkkinen and also collected three titles in a row. Because in addition to his two successes 1998 and 1999 he would also have 2000 got the crown on – it was the year of “Schumi's” first Ferrari triumph.

Photo gallery: World Cup teammates: The biggest dismantling of the past 40 years

Valtteri Bottas had in the World Cup fight 2019 no chance against Lewis Hamilton. With approximately 80 Percent of the points of the world champion the Finn is historically quite good. We look at the biggest differences between a world champion and his teammate in the past 40 years. Photo gallery

Also 2003 McLaren would have benefited, in the design of Kimi Raikkonen, who 2007 at Ferrari then won his second title would have. Only in the really dominant seasons 2002 and 2004 the trophy would have gone to Schumacher's teammate: Rubens Barrichello would be two-time world champion today.

Nine German titles in a row

After Schumacher's first career end, Lewis Hamilton took the stage – or not in this tumble. It is unforgettable to win his first world championship 2008 when he overtook Timo Glock in the last corner. Without it, Felipe Massa would have been the Formula 1 champion for more than a few seconds.

Lewis Hamilton: “The best time of my life”

It took six years for Lewis Hamilton to be at the top of the podium again. In the early years of the turbo era, however, the matter was clear: Mercedes dominated and would have just dusted off with Nico Rosberg. 2016 the German would be with ceded three titles, whereby of course he could have bagged more instead of suddenly ending his career.

2017 and 2018 Sebastian Vettel would have had his turn again. To 2010 to 2013 the Ferrari driver added two more titles and ensured that Germany would have won nine Formula 1 World Championships in a row – only interrupted by Valtteri Bottas, who 2019 would have made his dream come true.

Without Schumacher and Hamilton, Sebastian Vettel with six titles would be the king of Formula 1 today. It may be doubted whether he would be without “Schumi “would have even made it into the premier class. Juan Manuel Fangio (five titles) would still be third ahead of Alain Prost (four). Damon Hill, like Mika Häkkinen and Nico Rosberg, would be a three-time world champion.

And Rubens Barrichello would also be a double world champion and would have just as many titles as Fernando Alonso – which, curiously, still remains at his two championships. 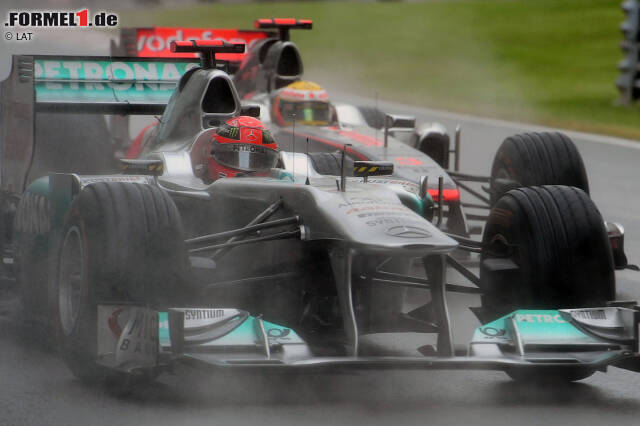 Lewis Hamilton is already the pilot with the most championship points and the most pole positions in the history of Formula 1. Michael Schumacher still holds many records – still. Because in some areas Hamilton Schumi could outperform in the coming years … Photo gallery

It remains to be seen whether the landscape would end up being more colorful. Because even without the big dominators there would have been just two more world champions in total.