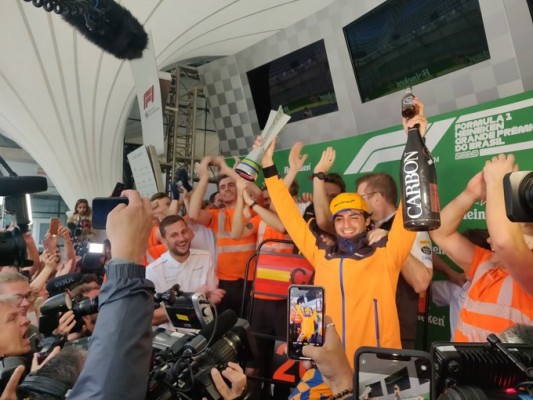 Mercedes team boss Toto Wolff thinks Ferrari could soon face a conflict between racers Sebastian Vettl and Charles Leclerc, similar to what happened to Mercedes over the years 2016 with Nic Rosberg and Lewis Hamilton.

The Internet of minor conflict between the Ferrari racing duo has already come on. Last year's race in Monza, when Charles Leclerc did not want to qualify for Sebastian Vettel in qualifying, and young Monacan was already very unhappy with Ferrari's strategy in the next Singapore race, which put his teammate in a better position.

The feud between the racers culminated in the race for the GP of Brazil when Vettel and Leclerc lost points after a collision.

Wolff said of the rivalry within Ferrari:

The competition of two “alpha” racers can always escalate into possible rivalry and conflict. We were already in a similar situation with Hamilton and Rosberg, and apparently the first signs of a rivalry between Vettel and Leclerc had also emerged with Ferrari. Our experience has cemented us and we now have a clear philosophy. On the other hand, it is positive for us if Vettel and Leclerc “steal” points between themselves. ”