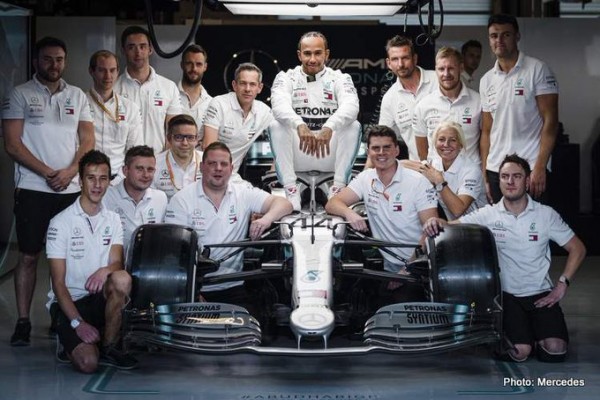 Lewis Hamilton sovereignly won his sixth Formula One World Cup title this season 2019, but the Briton nevertheless points out that Mercedes still has some reservations.

Mercedes won eight consecutive races as it entered the season, and Lewis Hamilton and Valtteri Bottas had a bit more trouble in the second half 2019 especially on the long plains where Ferrari reigned.

Hamilton points out that Mercedes has not shown everything with the W 10 car.

“Last year's car made a nice step forward and we improved a lot compared to the year 2018. things. Nevertheless, there are quite a few fundamental areas in which we still have some reserves. A good example is Ferrari's calm driving over curbs where they were much better than us. While our car was very unstable, Ferrari was driving over the curb as if on rails. “