Just a few days after the new year, F1 teams of the year 1977 Buenos Aires collected in the first race of the season. A fanatical Argentine audience held their fists for their idol Carlos Reutemann in his first appearance for Ferrari, and several new F1 teams were on the start line. One of the more interesting was Walter Wolf Racing , a team of eccentric Canadian millionaire of Slovenian roots.

Wolff has been trying to seal his Formula One franchise for two years with Frank Williams, but there were no real results and that's why he ended up in the season 1977 decided to start from scratch with his team and a brand new car designed by Harvey Postlethwaite , a former constructor of the March and Hesketh teams.

Wolf also attracted one of the better starters, Jody Scheckter, of his kind, and the South African justified his confidence with his debut when he qualified 11. city. Gunnar Nilsson corrected his place due to injury to Mario Andretti, and Scheckcter started with 10. starting position.

John Watson's Brabham overtook current World Champion James Hunt and took the top spot in the first turn, with more favorites coming off the race, either due to mechanical failures or collisions. The race was prematurely completed by Lauda, ​​Peterson, Mass, Hunt and Depailler. 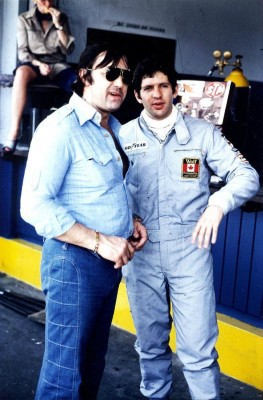 Watson's car got into suspension and slowed down, with teammate Tempo taking the lead. Jody Scheckter was slowly and seamlessly advancing and overtaking Pryce, Reutemann and Andretti, but the pace seemed to go too far.

Then, too, Pace's Brabham suddenly began to slow down. It was later revealed that the terrible heat of the Brazilian had completely exhausted and Tempo had difficulty attaining the goal, forty seconds after passing Scheckter's Wolf-Ford across the finish line.

The victory in the first attempt was the sensation and tremendous success of the new Walter Wolf Racing team. Scheckter celebrated twice more during the offseason, finishing the year in second place in the World Cup total. Wolf never repeated the epic first season again, however, the year 1977 forever records F1 history .