(Motorsport-Total.com) – The power of Formula 1 groups is crumbling . For 2021 major changes to the decision-making process of the premier class are planned. Head of sport Ross Brawn sees the probability that it is possible to react faster with an original rule design. 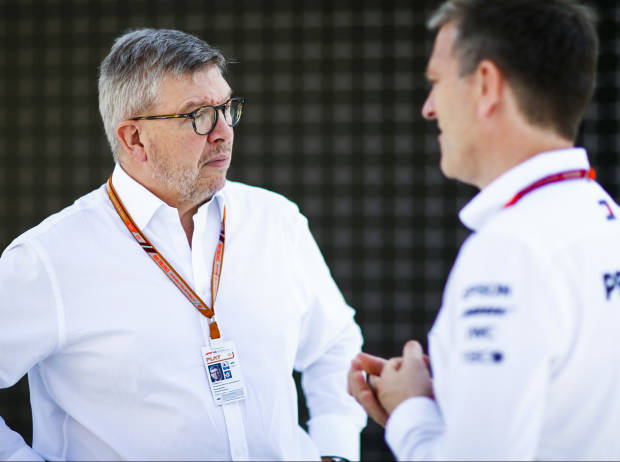 The series' power structure will change fundamentally: there are now two bodies, the Strategy Group and the Formula 1 Commission, which will adopt rules before the FIA ​​World Council only give a commission in the future.

The strategy group in particular was repeatedly criticized. In addition to representatives of the FIA ​​and Formula 1 management (FOM), it consists of the top teams Mercedes, Ferrari, Red Bull, McLaren and Williams as traditional teams plus the best-placed other team. The four other groups have no voting rights.

However, the rules are often made in this elite group. She receives reports from various working groups and then discusses whether to accept, revise, or reject these suggestions. This strategy group should no longer exist in the new structure.

Instead, only a commission with ten members of the FIA, the FOM and all ten team bosses will be set up, the committee should therefore consist of 30 people exist. Voting relationships are equally important.

Brawn explains at a meeting in London earlier this week that 'Motorsport-Total.com' was also present: “In the past, the groups had to be everyone Agreeing to changes. It was frustrating. Now there will be a rule-making process where we can make changes much more quickly. “

Giorgio Piola and Jake Boxall-Legge take a look at the Brawn BGP 001, the dominant car of the Formula 1 season 2009. More Formula 1 Movies

Because in the future it will only need major and minor majorities – no more unanimity. The vast majority (28 of 30 votes required) should be used for short-term suggestions. Looking at 2021 it means: “If someone has found a loophole, we can already close it in the next race.”

Brawn emphasizes that this is particularly interesting with regard to the new technical regulations 2021 could. “If a staff stands out with a solution that has never been considered before and thereby nullifies the whole principle of the new rules, it could be stopped immediately with enough backing from the other groups.”

This would result in a “completely new philosophy” in Formula 1. “So if someone has found such a loophole, this staff will have to think: 'Do I want to use it and risk being stopped? Or am I going to put it to the FIA ​​because it wasn't intended?'”

While now some claim that loopholes are part of the technical challenge – Brawn himself won 2009 thanks to the double diffuser – and preventing innovation is not part of sport, the sports director sees it differently.

He believes that there is a difference between a good idea and a loophole. “We want the groups to achieve the best possible under understandable regulations. They have to rely on united states and the FIA ​​that we won't punish a great idea.”

A great idea is for him to realize the best possible under the given circumstances. “This is a fine line, but Formula 1 decision-making bodies are just as much a part of this process as we have made other changes.”

This new decision-making process is part of the new Concord Agreements that Liberty Media has negotiated with the groups in recent weeks. If the groups were not signed, the international sports law would apply as an agreement.