After the successful start to the season in November with a second place at the Diriyah E- Prix ​​(Saudi Arabia) by Porsche works driver André Lotterer (D) the TAG Heuer Porsche Formula E team confidently travels to the third round of the ABB FIA Formula E Championship 2019 / 2020 to Chile. The goal is to host the Santiago E-Prix on 18. January 2020 in the points and complete further valuable experiences.

Questions and answers on the Santiago E-Prix

How have you prepared for the Formula E race in Santiago de Chile in the past few weeks?

Neel Jani: “The two races in Saudi Arabia at the end of November included a steep learning curve for me and the whole team. I am not satisfied with my weekend. In the past few weeks, we have intensively examined all the Distinguished Aspects in order to analyze in which areas there is room for improvement. The focus was on vehicle settings and energy management. The difficulty is getting to the point. Everyone did their homework during the winter break and now let's see where we are in Chile. Points are definitely the goal. ”

What is your first impression of the course in Santiago?

Neel Jani: “My first impression from the simulator is that the route is very different compared to Diriyah. It's more of a classic Formula E circuit with tight corners and hairpin bends, not quite as fast and with less height differences. The route has one of the longest straight lines. There we could achieve a high top speed compared to all other Formula E tracks in the racing calendar. Became concerns the asphalt, there could also be differences that affect the grip stage and thus the vehicle setting. ”

Became do you expect from this race in Chile after your successful start to the season?

André Lotterer: “In general, I'm cautiously optimistic about the race in Chile. We had a great start to the season in Saudi Arabia, but I am also aware that there is still room for improvement. As a new Formula E team, we still have a lot to learn. The break was very intestine for us as we had time to analyze a lot of data. Therefore, I am confident that we will increase again in Chile, among others. It is difficult to predict whether we will have a similarly good race as in Saudi Arabia. We have to get through the qualification without incident, then we have a good chance of scoring points. The potential is there for every topple. ”

How does the course affect the Porsche 99 X Electric?

André Lotterer: “The temperatures in Santiago were high last year. Therefore, the race struggles for U.S. drivers quite exhausting. The route was modified for the current season, it should be the Porsche 99 X Electric lie. In any case, the philosophy of the vehicle setting goes in a good direction. ”

Did the successful start in Saudi Arabia influence the goals for the first Formula E season for Porsche?

Amiel Lindesay: “We saw at the Diriyah E-Prix that the Porsche 99 X Electric is at the forefront and is competitive. Over the course of the season, however, it will be important to perform consistently in qualifying and to score points in every race. These factors have been the key to success in past Formula E seasons. We are convinced that we have both the vehicle and the team. Despite the positive start to the season, our goals remain the same: we try to get the most out of every race. ”

Became are the expectations of the race in Chile?

Amiel Lindesay: “After Saudi Arabia, we had enough time to examine our processes and achieve efficiency increases in certain areas. We will implement the knowledge we have gained from this in the upcoming race in Chile. We want to build on the success of the Diriyah E-Prix. Generally are high – 10 Placements and points are a realistic goal. ”

Interesting facts about the Santiago E-Prix

The third run in the sixth season of the ABB FIA Formula E Championship 2019 / 2020 takes place in the center of Chile's capital Santiago in the Parque O'Higgins. The day before the race (17. January) there is a short function test (shakedown). Stand on the race day (18. January) initially two free trainings on the program. The first takes 45 minutes, the second 30 minutes. Four groups of six drivers each are formed in qualifying. The breakdown is based on the current driver classification. André Lotterer starts as sixth in Group 1 and Neel Jani as 21. in group 4. The drivers have six minutes each to complete the best lap. The fastest six pilots of all groups then qualify for the 20 – Minute wide pole. There it will be decided who will start the race from the first, second and third row. The race lasts 45 minutes plus one lap.

The 2, 287 km long street circuit in Santiago is one of the classic Formula E – Routes with narrow passages, hairpin bends and a total of eleven curves. A long left curve (flip 8) and a long straight line are striking.

The qualification and the race of the Santiago E-Prix will be broadcast on Eurosport.

The ARD broadcasts the Formula E race on Saturday in the ARD live stream (available only in Germany).

NASCAR, System One will possible be readily available on usual cable TV, however you’ll pay extra for other series (Canada)

Verstappen and Kvyat on the Kitzbuhel Downhill 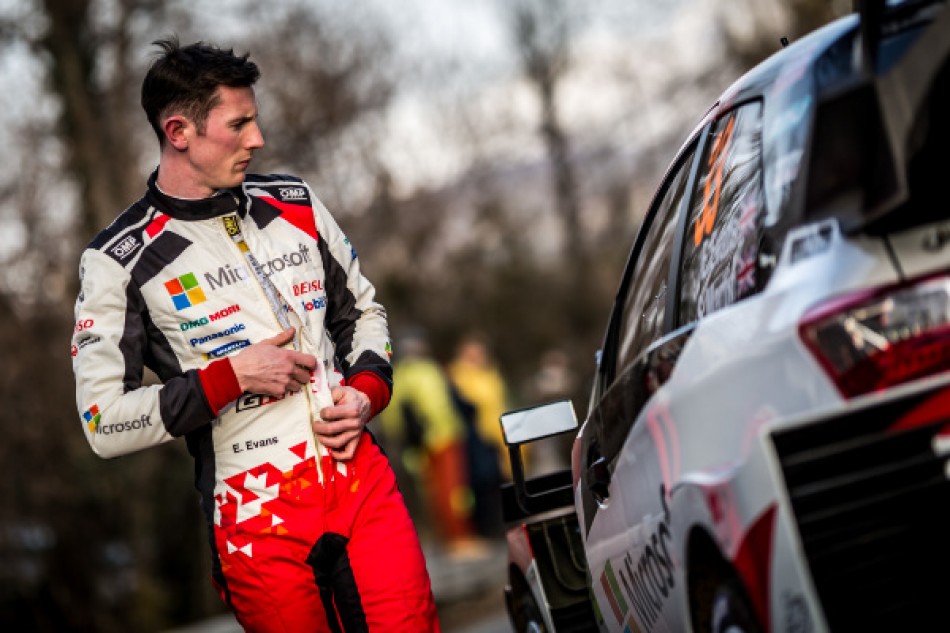